Projects in the spring 2007 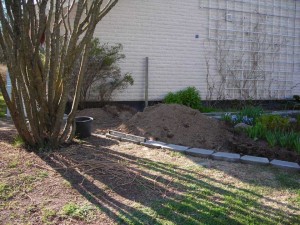 The edge around the flower bed was in such poor condition that it had to be replaced. I first made a sketch on how I wanted it to look like and made some changes from the original. Here we have dug and compacted the sand and then put the first layer of bricks. A spirit level is handy to use for this. 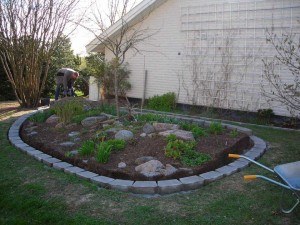 The first layer is in place. I will then put a second layer on top and a third layer on the rear edge. A row of small bricks will be placed on the outside to make the mowing easier. It is my brother who helps me in this picture. 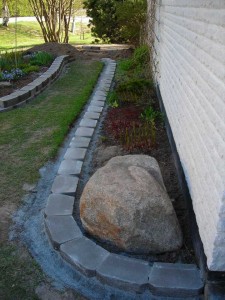 The large stone was not easy to get in place. Along the wall there should only be one layer of bricks. 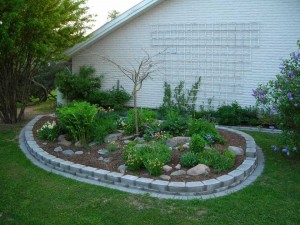 Now it is finished. The tree in the middle must be replaced. It was all broken by heavy wet snow in the winter and died. 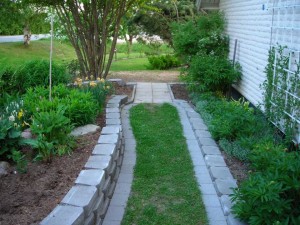 The edge is finished. The large flower bed meets the narrow one in a paved passage, so you can easily pass through. 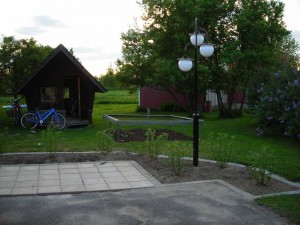 The second project was to fix a bicycle parking. Here was just a bad lawn and a lamp before. Now the paving is finished and the bushes are planted. It is 7 pcs of Red osier Dogwood. In a couple of years they have grow together and formed a dense bushes. 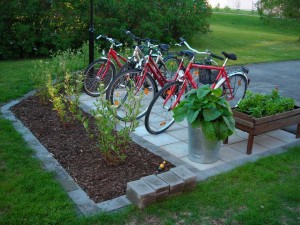 This is the result.